Cherry Cyanide and the Roller Derby Adventure - She Breaks A Leg

Cherry Cyanide is a 32 year old kick ass skater who lives in North Texas. She has been a roller derby queen for years. Her husband, a school teacher, is a roller derby referee.

Cherry in one of her glamour shots

Several years ago, Cherry (her real name is Karen) had a little mishap. She was jamming (out ahead of the pack trying to pass other players and score points) during a practice, was hit my two team mates, and fell on her ankle.

The x-ray revealed a broken fibula. The break was unstable and would require surgery if it shifted at all.

Cherry's ankle just prior to casting

Cherry's foot was carefully and painfully re positioned. "It was like the doctor was trying to hurt me." Cherry later recounted. "I was on my stomach and the asshole was pushing on my heal and twisting my foot. It took him 20 minutes to get my foot in the right position and then they flipped me over like a pancake and put a cast on."

Cherry was sent home under the care of her husband. Ten days in bed with the foot elevated and absolutely minimal movement. Hubby was given a prescription for pain meds and a bed pan. No crutches until he next office visit. If the bone moved at all, Cherry would go under the knife.

Cherry obeyed her doctor's orders as well as could be expected from a roller derby queen used to ignoring societal norms. She was visited by team mates who decorated her cast. She threw the bed pan in the trash can and hopped to the bath room whenever nature called. Ten days later, Cherry visited her doctor and was pleased to learn that the fracture had not worsened. She returned every 10 days after that for x-rays and a cast change.

For seven weeks, Cherry wore a cast. She was instructed to stay at home as much as possible and continue with bed rest. By the end of 5 weeks Cherry was done with her confinement - mentally and physically. She began to visit roller derby practices and bouts.

Cherry's own description of this picture on social media. "In a word, how would you describe my facial expression? Depressed? Pissed off? Dying to hurt someone? If you guessed D, all of the above, congratulations! You're correct!"

Fortunately, Cherry's injury healed well. Four months after the injury, she was back on the track. She even managed enough courage to wear a pair of heels she purchased seven hours before breaking her ankle.

Cherry Cyanide's kick ass heels she bout shortly before breaking her ankle. She was able to wear them four months after the injury

Postscript - A Note From The Author

I adore roller derby. I was first introduced to the sport through a friend who had skated for years for our local team and was revered by the local roller derby community. Her derby name was 'Dottie Sock Em." And she took me to the Grady Cole Center in Charlotte for a roller derby bout on a cool Saturday afternoon in early March.

The Grady Cole Center was built in the 1950's when Charlotte was a sleepy little town. It hosted small concerts and was best known for being the site of Championship Wrestling matches. 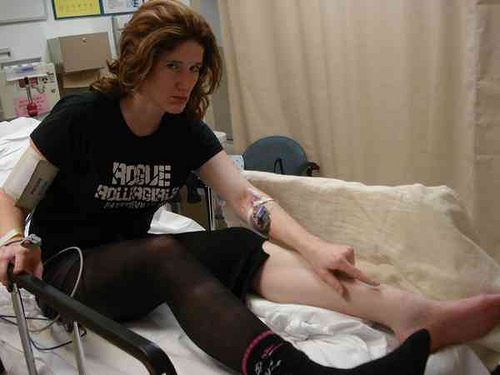 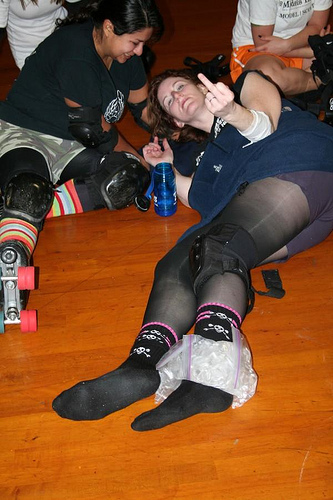 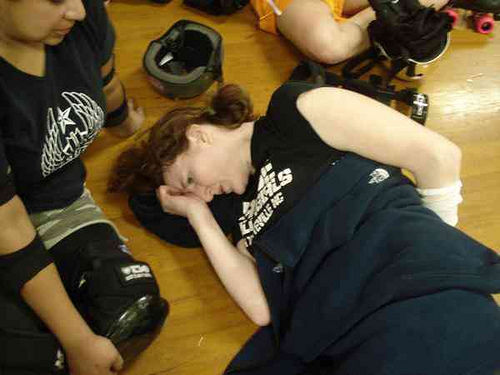 When I entered the Grady Cole Center, I was stuck by the 'camp' environment. Everyone appeared to be playing some type of role. The roller derby girls who were not skilled enough yet to play for the 'A' team sold a variety of roller derby trinkets. Bumper stickers, mouse pads, and noise makers - all purple and bearing the Charlotte Roller Girls logo - were stacked on tables. The 'B' team girls were friendly and anxious to make the derby experience a good one for fans. They passed out programs with the names and pictures of the 'A' team girls and had sheets of paper with the rules of roller derby printed.

Dottie escorted me down to track level where I met several of the participants. 'Rosie Cheeks' was a gorgeous woman who was the star of the team. She wore fishnets, skates, and knee and elbow pads. Her creamy complexion was rimmed with sweat from her warm ups. Her purple uniform bore the number 3. Rosie was the curator of the Davidson College museum in Charlotte. She had a PhD in art history, was incredibly down to earth, and married to a derby woman known as 'Nutcracker."

Tia in obvious discomfort after a compound break

Nutcracker was a lawyer and had her own unique story about how she grew from shy law student at Georgetown College in Washington, DC to a lesbian Derby Doll married to Rosie.

And there was '007' - a tall willowy blond with deliberately overdone make-up and blue hair. '007' wore black fishnet stockings with plastic spiders sewn onto the stocking every so often. '007' was an opera singer for the Carolina Opera and would later sing a stunning rendition of the Star Spangled Banner - albeit with recorded music played on a speaker system hooked to an iPhone. No money for a band at this event.

This Derby Doll is the definition of a 'bad ass'

On the track, I was amazed at the number of volunteers required to host a roller derby bout. In addition to the 'A' and 'B' team skaters, there were referees, scorekeepers, concession workers, and announcers.

From the track, we proceeded to a concession stand where we had a choice of two beverages - 12 Ounce Pabst Blue Ribbon beers or 16 ounce Pabst Blu Ribbon beers. Nothing else was offered as Pabst Brewing was a sponsor of the event. Ask for a white wine and you might get beat up (just kidding).

Derby is not for the faint hearted. They is nothing fake about it. Girls are playing to win and broken bones are common

As we took our seats, I noticed the crowd was primarily female, heavily inked, and more often than not had hair dyed wonderful colors. There was a nice mix of kids and adults.

When the match began, I realized that most of the audience was playing a role. They were taking part in an event that required skaters as well as an audience. The crowd cheered wildly for the Charlotte team and booed loudly when the out of team did something good. But I could tell it was an charade. No one in the crowd really cared who won or lost. They were playing their part in the scene - much like the audience of a Rocky Horror Picture Show do. 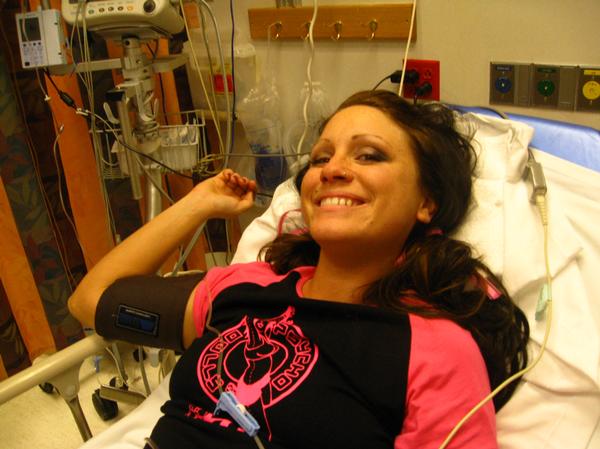 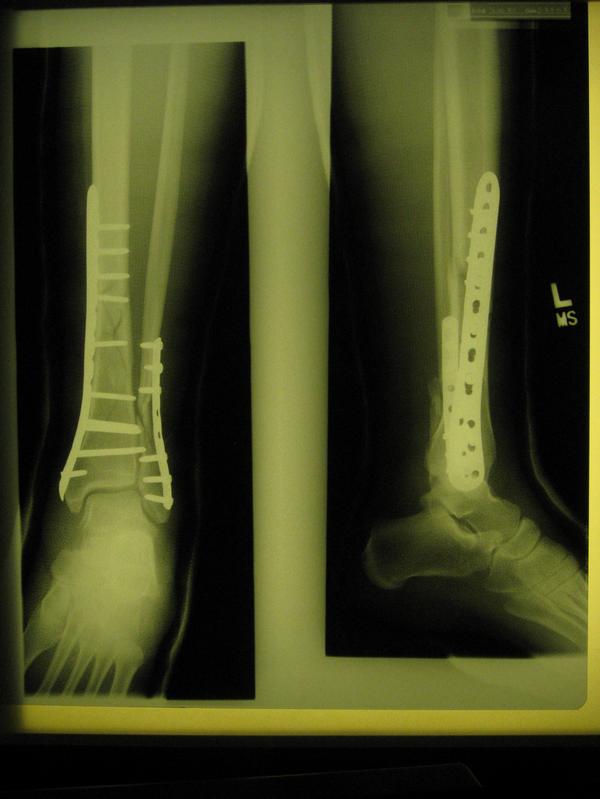 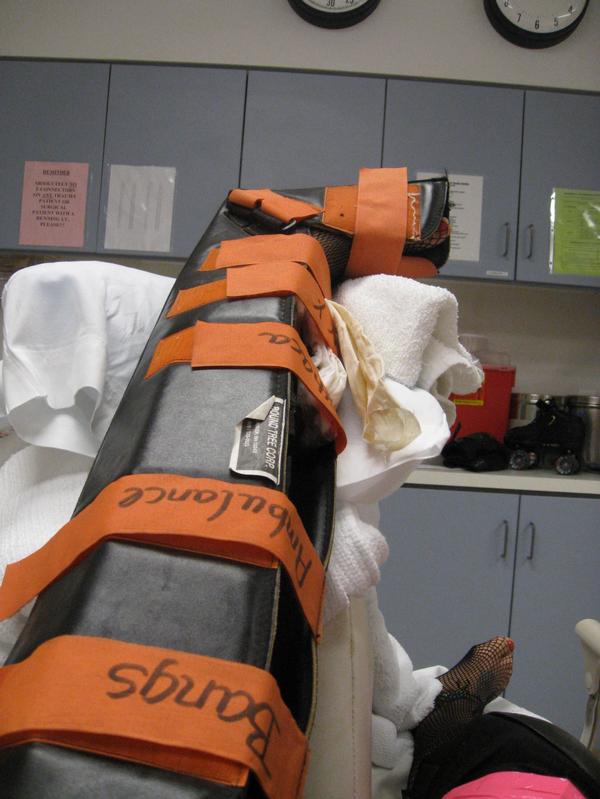 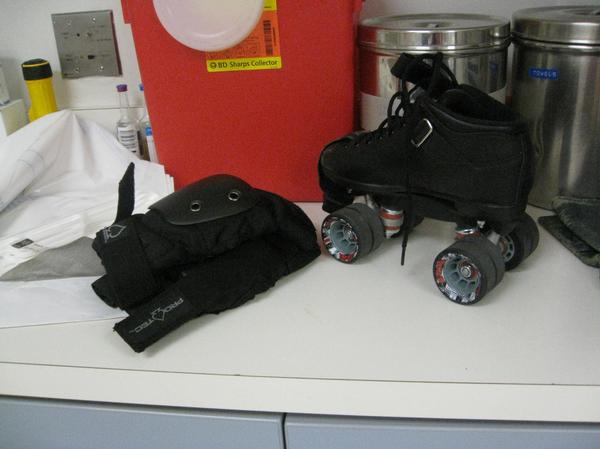 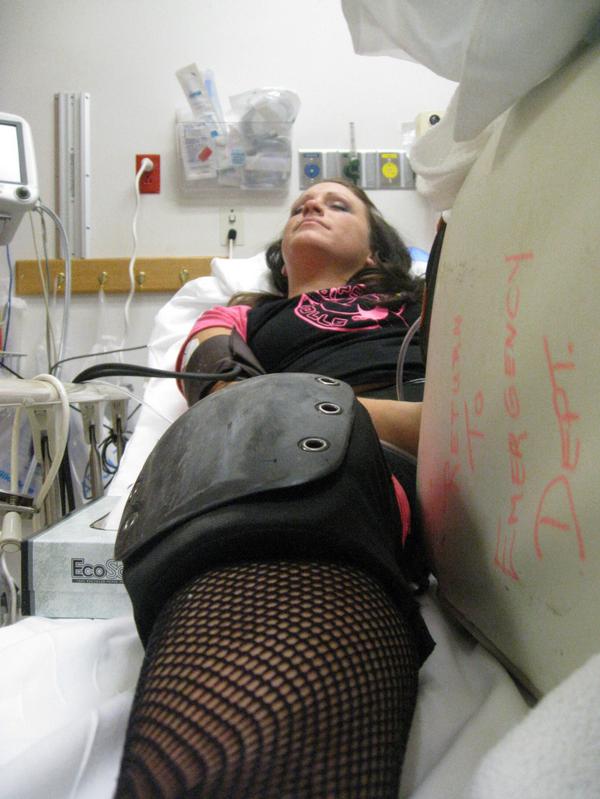 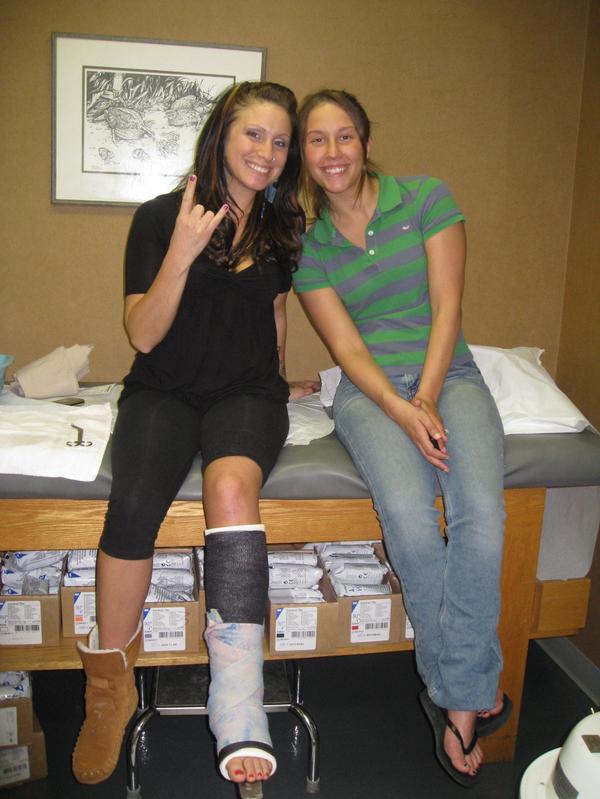 And of course there is Vanity Smash who I wrote a blog about in 2018. See it HERE

There was only one major injury during the bout. A Charlotte skater named 'Misfortune' broke her collar bone when she flew off the track and ran head first into a wall. In spite of obvious pain, she managed to crawl into a nearby corridor where she was immediately surrounded by a dozen girls from the 'B' team and by a half dozen bench players from the out of town team. I watched as the host of helpers cradled her head, took off her skates, and, in general, offered comfort until the medics arrived. It was then that I realized these were not teams - it was a lifestyle community.

All in all, it was a delightful evening. After the bout, we had dinner with girls from both teams at a comfort food hole in the wall a couple of miles from Grady Cole. The festive evening was completed when 'Misfortune' showed up as dinner plates were being cleared. She was escorted by her husband and now sported a figure eight splint on her shoulder and arm in a sling.

I wanted to share with you my thoughts about the roller derby community. While the fact that roller derby is a dangerous sport and causes many broken bones, has some allure for (I am a sadist after all), but more alluring is the sense of community and fellowship I witnessed that night.

Soccer Party Girl From Down Under Breaks Her Leg - Twice!